A lot of people have been posting on twitter or sending me email thanking me for bravery in opposing SOPA. That’s a very very kind sentiment, and I really do appreciate it!

But I want to push back a little bit on it and reflect on where the real bravery is in the fight for free knowledge for everyone. I live in a country which respects the freedom of speech. I am at no risk of prison or physical violence or monetary fines for my views. If the worst that gets thrown at me is MPAA head Christopher Dodd saying that an Internet uprising is an “abuse of power” then I will survive just fine. :-) 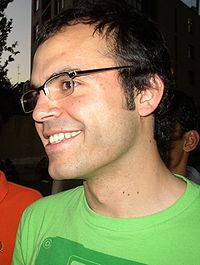 I know of Wikipedia volunteers in authoritarian countries, though, who are incredibly brave.  Hossein Derakhshan is a young man I first met at Wikimania 2005 in Frankfurt.  A Wikipedia editor and blogger, he is serving a 19 and a half year sentence in Iran for his writings on the Internet.

I know of a Chinese Wikipedian who was visited by the police for setting up a mirror of Wikipedia multiple times during the era when China banned Wikipedia.

There are many more like them, all around the world.

These, and people like them, are my heroes.  They are the people of true courage.  I’m a very fortunate man in life, and I’m proud to stand up for freedom of speech and the right to access to knowledge in every circumstance that I can.  But my courage, if it is courage, is nothing compared to the courage of those who are really risking life and limb to speak truth to power.

Let us take a moment today to honor them.

22 comments on “A note on bravery” 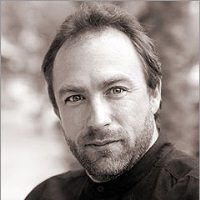